Alright, alright, alright! Welcome back to the Weekend Chronicles, a weekly series that details all the crazy and exciting things that happened over the weekend. It’s finally starting to get warmer out and I couldn’t be happier. During the winter months I find myself becoming more of a recluse than I would like to admit. As we head into a new week my challenge to you is to think about what you put out into the world. As the saying goes, ‘What goes around comes around.” What many of us seem to miss is that this concept transfers to every aspect of our lives. Why do you think you keep attracting the same type of person? Or why does it feel like everything bad happens all at once? When we are conscious of this we have far better control over the circumstances we find ourselves in.

I had to take Friday off for some personal reasons that I would rather not discuss but what I will briefly share with you is one of the best culinary experiences of my life. For lunch my family and I headed to Wildfire in Oakbrook.  All I can say is wow! Every aspect of the experience was superb but you’ll have to wait to hear more about that when I review it later on this week. The rest of the day was spent relaxing partly because I was in a food coma but mostly because I had a big plans for the following day. I did come across a great couple of movies that came out in the past few years that I hadn’t seen which is a rare feat for me seeing how much I watch them. The first movie was Solace, a mystery thriller about a psychic who works with the FBI in order to hunt down a serial killer. I’m a huge Anthony Hopkins fan (Hannibal Lecter) so this movie was right up my alley. The second was Abattoir, a horror movie about an investigative reporter who teams up with a police officer to solve the mystery of why a seemingly good man murdered her sister’s family. What I liked most about this one is that it wasn’t your run of the mill horror and you could tell that the director wanted to give the audience a real mystery. 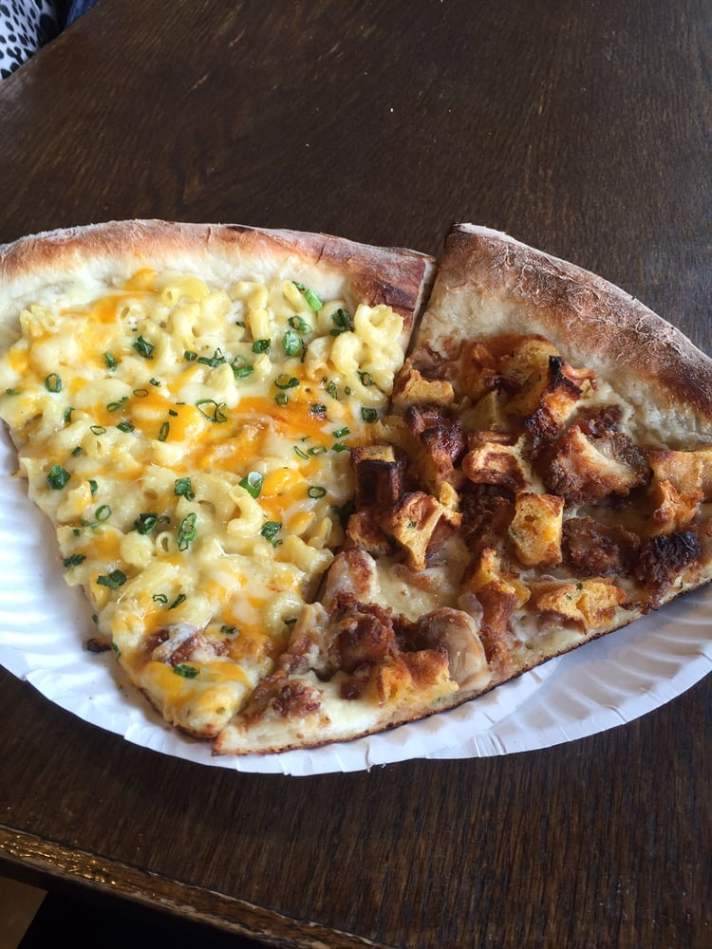 On Saturday two of my close friends from college and I were fortunate enough to celebrate our 24th birthday in the city along with a bunch of our friends. We started the day at the Country Day Party at Old Crow in River North. It included all you could drink beer, bloodies and mimosa for three hours. Not only was it was nice to see people we hadn’t seen in a while but a great way to start the day off. We continued the celebration at another one of our close friends place in Lakeview where we grilled out and kept the party going until the evening festivities. We capped the night off at John Barleycorn in Wrigleyville which was a blast but for me no late night adventure is complete without some amazing food. I grabbed a couple of slices from Dimo’s Pizza (The Mac and BBQ Chicken Bacon Cheddar Ranch) and made my way back to my friend’s place before calling it a night. The pizza was delicious in case you were wondering!

I’ll be the first to admit that Sunday is usually the most boring and unproductive day of the week for me and that I need to do a better job of making the most of it. With that being said, I actually left the house so I’ll chalk that up as a step in the right direction. The family and I started the day at the movies by seeing The Fate of the Furious, the 8th installment in the Fast and the Furious franchise. The movie follows a mysterious woman who seduces Dominic Toretto into a world of terrorism and a betrayal of those closest to him, the crew face trials that test them like never before. I’ll be the first to admit that I am a bit of a fanboy but if you haven’t check out this franchise yet you are really missing out. They are jam-packed with action and adventure. The rest of the day was spent celebrating Easter at my aunt’s house. Like most holidays that we celebrate in my family there was way too much food but I’m not complaining. We had everything from ribs to pork tenderloin to double baked potatoes and more dessert than you could imagine. It’s safe to say that I was miserable by the time we left.

Thank you so much for tuning in for another week! I currently have a few things in the works for next weekend so if you don’t have any plans feel free to reach out and we will make something happen. Also, if you haven’t already be sure to follow me on social media to keep up with all of my shenanigans. I hope you have an amazing week!