Welcome back to another edition of The Weekend Chronicles, a weekly series that details all the crazy and exciting things that happened over the weekend. Let me start off by saying that Thanksgiving Break treated me well. Any extended period of time that I don’t have work and am encouraged to eat as much food as humanly possible gets chalked up as a win in my book. The one thing I am disappointed in myself about though is not taking full advantage of that extra time as an opportunity to be productive especially as it relates to writing. As a result I’m hoping that all of you can keep me accountable and help me in making sure that I actually produce what I say I will. Now let’s begin!

I’m not going to lie to you and tell you that I did anything crazy or exciting on Friday because I didn’t, I barely left the couch to be honest. I don’t know if it was the tryptophan from all the turkey I consumed the day before or what but it was the laziest I think I’ve been in a while. The one thing I did do on Friday though was start and finish the Netflix series, Luke Cage. Luke Cage follows a wrongly accused man who escapes prison to become a superhero for hire after being given super strength and durability as a result of an experiment gone wrong. The thing that I like most about this show is the way that they portray the hero. He doesn’t wear a cape or a mask and he doesn’t do it for the glory but because it is the right thing to do. And what makes the storyline even more powerful is the fact that he is an African American male in a hoodie which we all know has been depicted as something completely different in our modern society. If you are looking to challenge your thinking and haven’t given this series a chance, I highly suggest doing so.

I began Saturday by using some leftovers from Thanksgiving to make myself a little breakfast of eggs, ham, toast and orange juice before heading off to CTA Service for work. CTA Service is something that I have the privilege of doing through work that allows me to receive a free Ventra Card for the year in return for volunteer hours as a result of a partnership my work has with CTA. To be honest, I had not been looking forward to it beforehand but it turned out to actually not be that bad. On this particular occasion, I had been assigned to help out with the CTA Holiday Train by assisting Santa and his elves as both a greeter and usher during photo sessions. After service I headed over to a friend’s where we planned to go out but after a series of events that didn’t help our cause we decided to stay in and cook jalapeño poppers and fish tacos before capping the night off with some drinks. For two people who had never cooked either of these two items before, they both turned out to be pretty delicious. 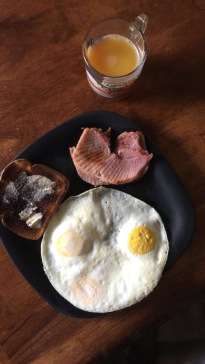 Sunday started off with me heading home early to help put up our Christmas tree which has been something we’ve done as a family the weekend after Thanksgiving for as long as I can remember. To be honest, it is not something I usually look forward to doing and it almost always involves a little bit of chaos but that is what I love most about it and I wouldn’t have it any other way. For dinner, my mom and I cooked up some delicious homemade loaded baked potato soup which is definitely a recipe that I am going to have to share with all of you. The night ended with the watching of You’re Next, an American slasher movie that follows a family that comes under attack during their wedding anniversary getaway by a gang of mysterious killers who soon learn that one of their victims harbors a secret talent for fighting back. Yes, if you were wondering this is another movie I heard about through the Horrorfied Podcast which is slowing becoming one of my guilty pleasures. 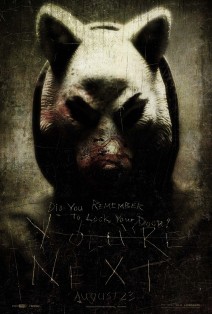 Thank you so much for your time and for stopping by again this week! Next weekend I’m off to the Tree Lights at the Morton Arboretum and a Holiday Party at some friends’ place. I’m also hoping to do some cooking and eating out so please be on the lookout for a recipe and review as I plan to have both of those up later on in the week. If you haven’t already, please be sure to follow me on Twitter and Instagram.  As always if you have any recommendations for restaurants you think I should check out or know of any events going on in the city you think I would be interested in attending please do not hesitate to reach out. Until next week!

“Work like there is someone working twenty-four hours a day to take it all away from you.” – Mark Cuban

I’ve been wanting to post a picture of this tree for awhile now, so here it is. Happy Hump Day!
Seas the day or whatever!
Some people say that I put the “cute” in charcuterie…
I think I’m finally starting to understand this whole clubbing thing!
The Venison Burger topped with gouda, jalapeños, roasted mushrooms, pickled onions, and a mustard aioli from @thegagechicago. It looks like Christmas came early this year!
Here’s to posting more than just food in 2022! Now smoking The Robusto by @neverashco.